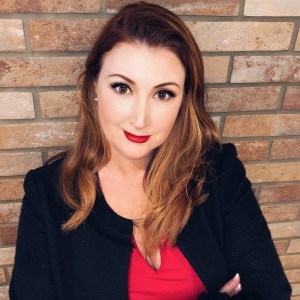 Shawntelle was outstanding. As a first time hone buyer, I was very naïve going into this, and she took her time and explained things to be so that I could easily understand and digest them. She showe... Read more

Shawntelle Coan loves helping people find their new home. An avid listener, she always seeks to understand the needs and wants of her clients so she can offer them the best service. Energetic and always willing to lend a hand, Shawntelle is also a great negotiator.

“I love helping clients who are new to town. As a young child, my family moved around a lot because of the nature of my father’s work.

Moving homes were always tough, especially when it was moving from one city to another. I know how important it is to make the right decision when it is time to relocate."

When not working as a REALTOR®, Shawntelle spends quality time with her family. She enjoys dining out and indulging in Edmonton’s incredible food and beverage scene. She also loves festivals — folk fest is among her favorites.

Like everybody else, Shawntelle has also been bitten by the travel bug, travelling around the globe as often as time permits. Among her go-to get-aways are West Coast, Jasper, New York, and Europe.

She earned a post-secondary education in event planning and is an active member of Team Diabetes. She helped raise tens of thousands of dollars for the Canadian Diabetes Association. She is also a recipient of the United Way Award and Top Ten in sales with MINI Canada.

Shawntelle Coan specializes in transfers into Edmonton and in mature Edmonton neighbourhoods.