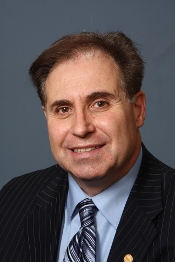 5th Property I am buying with Battista - I am a rental investor. Battista understands what I am looking for and finds terrific value for my portfolio - I enjoy very much working with him and I am very thankful for his expertise.... Read more
OL

[NOT_ACTIVATED_USER] 4th time I am buying a Property with Battista; great agent to deal with! Battista understands value and my needs as an investors, he seeks out properties that are rare and hard to find.... Read more
AP

Very kind gentleman to deal with! He was very diligent pulling a ton of houses for us and showing us 3 or 4 in a day, which was so appreciated!! We ended up finding the perfect house and he was able to efficiently deal with the problems we had after the inspection and making sure we got what we needed. Thank you for helping us find our new home!... Read more
SH

He is a very nice guy to deal with i did 2 deals with him in the last month and both were a very good experience i had a couple problems left behind by the old tennant and mr. Valente had the problem resolved after closing. The second deal he managed to have the deal close in less than 2 weeks which is amazing... Read more
SO

Reviewed 4 months ago Battista helped us sell in November, 2020
5/5

We were at home depot and we bumped into Battista and starting chatting. He was a very friendly gentleman and when he said he was a real estate agent we immediately felt the connection. We knew he was our agent to sell our farm. we called him a month later and asked him to come to see the farm. he went to work for us quickly and very hard. He sold our farm quickly and at the price, we were expecti... Read more
Load More