Starting October 17th, 2018, it will be legal for most Canadians to buy, possess, and grow marijuana. Previously, cannabis was only available to individuals who required it for medical or research purposes.Each Canadian province will have to set its own rules for cannabis, including minimum usage age, where it can be purchased and used, and how much a person can possess. Provinces will also have to set guidelines for those who want to grow the up-to-four plants allowed by the Cannabis Act.

From legalization, the Canadian government is expecting recreational marijuana sales to hit $4 billion annually. This $4 billion is subject to a 10% excise tax for the federal government, and each province will be able to set its own additional tax. Thus, provinces can expect marijuana to be a huge boost to their revenues.

Both the ability for Canadians to grow marijuana at home and the expected expanded use of the recreational drug has many in the real estate sector concerned. The Canadian Real Estate Association (CREA) has been up in arms about the implication of cannabis legalization, citing that it can cause damage to and devalue homes. It’s without a doubt that with this new member of Canadian society, homeowners, landlords, and renters will be severely affected. 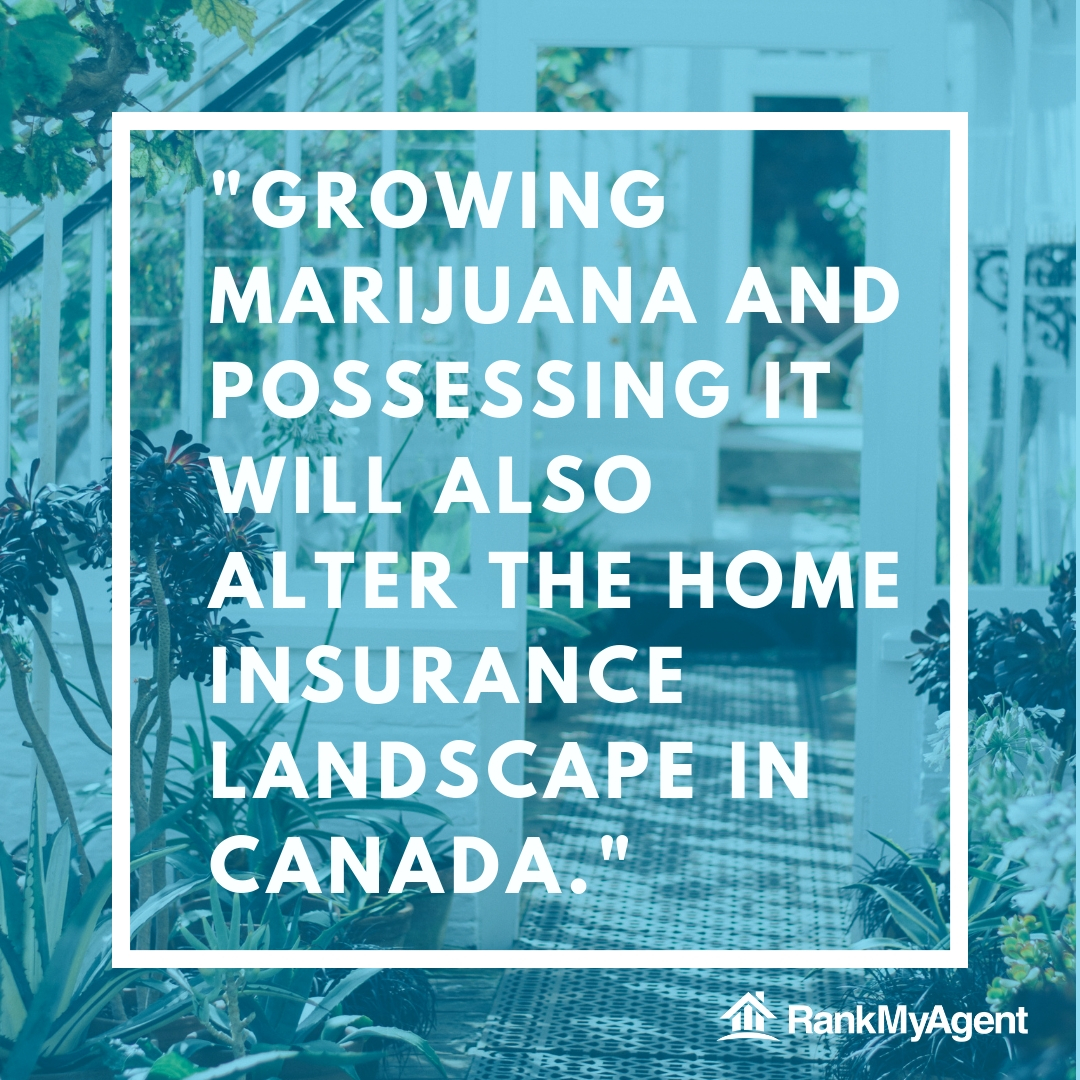 The effects of cannabis legalization on homeowners

In a CREA statement earlier this year, they firmly stated that there were major issues with cannabis legalization, and that more regulations were needed on growing cannabis at home. CREA wanted Bill C-45, which legalizes cannabis, to provide a framework for safe home cultivation, believing that without a framework, cultivation could lead to electrical fires, increased theft, and potential fungus and mould issues in homes across the country.

The dangers of growing marijuana in your home is due to the need for lights, which can cause excess energy consumption and potential fires, the need for a certain humidity level, which can encourage mould or fungus growth, and the increased potential for break-ins due to the value of the plants. However, some experts believe this is false speculation. And that with four plants, humidity levels won’t be high enough to encourage mould or fungus. Additionally, four plants will only require 200 watts of lighting—a level that’s safe against electrical fires.

How home insurance policies may change
Growing marijuana and possessing it will also alter the home insurance landscape in Canada. There had been one case where a landlord was refused a policy by his insurance company after the landlord’s tenant was found to be legally growing medical marijuana. The insurer claimed that this was due to safety concerns.
With cannabis legalization being completely new to Canada, insurance companies will have no historical data to use to calculate the risks that come with it. Therefore, insurers may refuse to pay out pre-legalization insurance policies after October 17th due to legalization severely altering the risks related to home insurance.
Though as growing marijuana becomes more common, it’s likely that the risks associated with it will become clearer and companies will be able to adapt. And due to the competitive insurance market, insurers will want to adopt new and reasonable policies that take marijuana into account as soon as possible.
Of course, much of this is speculation is from a variety of sources. In general, insurance coverage for the post-legalization Canadian home is in somewhat of a legal grey area. It will be hard to tell the effects of legalization until it actually happens.
How marijuana can affect a home’s market value
There are several hypotheses about whether legalization will result in home values declining or increasing. Most commonly, people think that legalization will decrease the value of homes where marijuana has been grown or which are in areas where the recreational drug is more often used.
A survey by Zoocasa found that half of their respondents would reconsider their home purchase if they knew that the home had previously hosted marijuana plants. Due to the stigma of marijuana, it could result in less demand for a home, even if the home only had four plants. Part of this reduced demand could be out of fear of mould or fungus that resulted from humid cannabis growing conditions.
On the other side of the story, James Conklin and a few other researchers wrote an article for the Real Estate Economics journal where they found that homes near recreational marijuana stores in Denver, Colorado increased in value since marijuana was legalized in 2014. There has been two major explanations for this finding:

Implications on landlords and renters

Because some Canadians use medically prescribed marijuana to solve pain problems, the drug cannot be banned or limited so easily. Therefore, landlords, condominiums, and the government can’t simply apply tobacco smoking rules to cannabis. At the same time, some tenants argue that marijuana use disrupts the reasonable enjoyment of their own property due to the drug’s odour and the crowd that it draws.
There’s a lot of variation among the different provinces on what rules landlords and condominium boards can enforce onto its tenants in terms of marijuana use:
There’s a ton of speculation and myths surrounding how cannabis will affect real estate properties, but with legalization days away, speculations will soon be realities and myths will soon be busted.