Carmela Kapeleris and Kapeleris TV – Technology, the bubble, and the future of the real estate industry

Carmela Kapeleris constantly raises the bar in the real estate industry. Not only is she a top RE/MAX broker, but she is also a marketing brand expert, and has won several RE/MAX awards for excellence in her field. RankMyAgent was lucky enough to be on set for an episode of Kapeleris TV, the web based TV show created by the Kapeleris Team.

Here’s an excerpt from her first guest Paul Etherington, past president of the Toronto Real Estate Board, and his expert opinion on the state of the real estate market, and the direction it’ll take in the future:

C: What is the market really like right now? Is it a buyers market or a sellers market?

P: It’s mostly a seller’s market right now. It’s a great time to be selling, there’s lots of multiple offers, and it’s tough for people because they’re putting multiple offers in before they’re finally getting one. Prices are getting higher and higher, a lot of houses are selling for more than asking. I still believe they’re going to be even higher a year from now.

C: Really? Ok, now I know you’ve been on a lot of TV shows and the number one question is “do you see the bubble bursting anytime soon?”

P: I don’t think there’s any bubble at all. The economy is good, the interest rates are low, we have lots of immigration coming in, and I think in 2 or 3 years, people are going to sitting around saying “wow remember when a detached house in Toronto was only a million-one?” Because that’s what it is now, and I don’t think there’s any bubble. I think the people who write about bubbles are tenants that wish the market would go down so they can afford to buy something.

C: We’re still quite low compared to other major cities in Canada and around the world.

P: Well the rest of the world thinks our real estate is cheap. Like Europe, London, places like that. Even Vancouver. I mean, our real estate is cheap by international standards so there’s still a lot of good prices out there in the GTA. You have to drive a little outside of Toronto proper, but there’s a lot of stuff you can buy. You can’t live in a mutual fund.

C: So you don’t think houses are overpriced right now?

P: I think that they’re going to be an awful lot higher in the next couple of years, so no.

C: Ok, so you see it going up and up? You don’t see it stopping?

P: Our population is too strong. With the population growth that’s happening, unless some catastrophic thing like happens like high interest rates or something.

C: Paul, what do you think makes a good real estate agent?

At the filming of Kapeleris TV, Gurinder Sandhu, the Executive Vice President, Regional Director of RE/MAX Ontario-Atlantic Canada also shared his wisdom on how RE/MAX stays ahead in the industry. Gurinder tells us more about how he got into real estate also emphasizing the future for RE/MAX and the real estate industry as a whole.

“At the end of the day, technology has transformed our industry. Many industries have been displaced. Stock brokerages or travel, but for our industry, it’s transformed the way that we do business. So what I mean by that is we know that 92%+ of people go online before they ever talk to one of our realtors® , so we know that we have to be online in a major way. In RE/MAX, we invest heavily in technology to ensure that our properties are seen first by buyers or by sellers before anyone else.”

“As much as the industry has changed, the one constant in our industry, is going to be constant change. And so we’re going to have to stay at the forefront of technology and we will do that. We’ll invest.”

Mark Weisleder was Carmela’s third guest. He is a real estate lawyer, author, and speaker, has written for the Toronto Star, and also been interviewed on many TV shows. Here are some highlights from the interview:

C: Tell us the reason that you think the 2015 market will remain strong, possibly even going into 2016.

M: Just watch television. I turn on the television and it’s like… if you asked anyone in the world, today “where would you like to live?” How many do you think would pick the GTA in their top 3? I’d bet you anybody no matter what country. We have more cultures, more languages, more communities than anywhere in the world. Everybody wants to come here, and the interest rates are low still. That’s why when people say the market’s going to crash in so many years, it’s not going to happen. I’m the only one that’s been proven right, so if you’re on the fence, get off.

Kapeleris TV is just one of the many ways Carmela keeps ahead in the industry. It provides valuable advice and insight on real estate that is accessible and interesting. It keeps people informed so that they can make the best decisions for themselves in what might be one of the most important decisions of their lives. By spreading knowledge, and entertaining while doing so, Carmela is going above and beyond in her passion. We look forward to seeing what Kapeleris TV does in the future.

For more from these industry experts, as well as interviews with mortgage brokers Lucy Gagliardi & Roy Cocciollo, click the hyperlink below.

The secret to building a solid online…

How to Rock Online Reviews: Advice from…

What Agents Should Know About Ontario’s Personal… 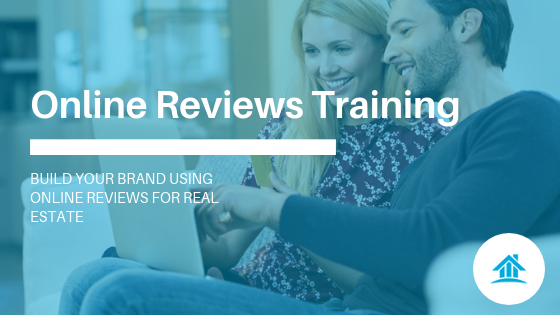