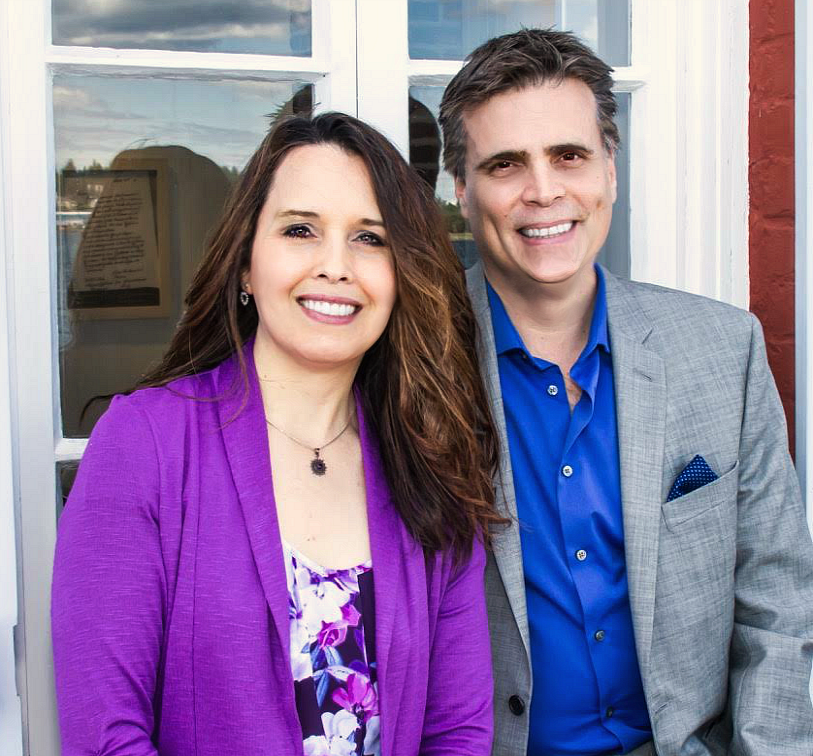 About Forbes and Marshall

Michael Forbes and Lisa Marshall were long time broadcasters and for almost 30 years and were simply known as “Forbes and Marshall”. Their careers included radio shows in three provinces, with the last stop in Victoria. For 20 years this married couple were co-hosts of the popular morning show “Forbes and Marshall In The Morning” on Ocean 985 in Victoria. They’ve done countless interviews and have used their talents MC'ing hundreds of community and charitable events. In 2014 they were nominated for “On Air Talent Of the Year” as part of the Canadian Music Broadcast Awards.
Their proudest achievement was the Ocean’s “Radio-Thon' where their passion and leadership over 13 years helped raise almost 2 million dollars for the BC Childrens Hospital Foundation. Michael, a sixth generation Victorian is on the board of directors of Kaleidoscope Theatre and coaches soccer. He and Lisa are both recipients of the Rotary Club's Paul Harris Fellow Award for their tireless dedication in making a difference in the community they serve.
Their love of people, extensive connections and their commitment to continue working together, made a career in real estate a perfect fit. Michael and Lisa have two soccer playing teenage boys. 19 year old Noah is enrolled in Communications at Camosun College and Adam, 16, is in high school.

They really have a passion for real estate and they can help you through the process whether your buying or selling today!

Lisa and Michael helped a great deal, and even when we had to wait a while they hung in until we were finally able to get into the market. They also referred us to other professionals, such as Moira McCallum Loneragers to be our mortgage broker. We would not hesitate to recommend them to our friends and family. They are awesome to work with.... Read more
PP

Michael and Lisa did a fantastic job of helping us buy a home in Victoria. We made a few trips from the Okanagan and Michael and Lisa were always well prepared for our visits, with paperwork on all the houses we were interested in ready to go. They would set aside most of the day for us, knowing we had limited time while in town. They were very knowledgeable, patient, polite and friendly. They pro... Read more
VD

Michael and Lisa were a pleasure to deal with, and were very patient and thorough with our many viewings. During an offer (we made a couple on different properties), Michael was great in giving us a ballpark figure on what to offer after doing some extensive comparables, right down to finding out renovations and permits on the current and comparable properties, if possible. I was surprised to ... Read more
AR

Very professional realtors with excellent knowledge and experience. They helped me find an amazing condo within my budget on a tight timeline in a competitive market. I would definitely recommend them and use their services again.... Read more
S(

We would highly recommend Forbes and Marshall for all real estate business. They were professional and very caring in our unusual circumstances. Moving a parent to a seniors facility is never easy but they made it just that "easy". Mum was delighted with how quickly and smoothly the process took place. The sale of her property went above and beyond our expectations. They really know their business... Read more
Load More