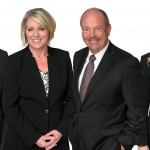 I have nothing but positive things to say about Geoff and Bobbie McGowan Realty. We began our search 6+ months ago and Geoff was more then happy to take us out to many places to look at, despite my wife and I having no set timeline and being fairly non-committal. They were patient, helpful and adapted and worked with our changing needs and wants throughout the process. When the time to start making serious offers and a purchase rolled around, Stephen was a fantastic help. He was patient, responsive, knowledgeable and personable. He knows the process and is great at communicating and helping us as first time homebuyers learn the process which can truly be overwhelming. We also had the privilege of working with Kelly for a last minute viewing, and it was great to know that there is an entire team of equally dedicated, equally talented agents ready to help!Even though we're ecstatic with our new home, I look forward to being able to work with the team in the future and trust that I'd be in good hands.

Moving is undoubtably one of the most stressful experiences a family can be subjected to. This is why we have used Geoff McGowan whenever we return to Ottawa and purchase a home. In addition to his warm personality and great advice, Geoff is a wealth of knowledge on the market, Ottawa area, and every other conceivable detail you would need to know. I would not use anyone else to buy or sell a home.

Geoff and Bobbie are the most professional couple I have ever dealt with in real estate. I have bought and sold four homes with them and at all times they were the consummate professional team. They will never show you a house that does not meet your budget or criteria. Their knowledge of the neighbourhoods and house history was very impressive. If you want sleep insurance when buying or selling a home then I would strongly recommend that you deal with Geoff and Bobbie.

I have known Geoff since 1992 when he was the agent my company chose to help me find a home in Ottawa coming from Edmonton. It was a miserably hot July 1 summer day and he patiently showed us many houses. We drove from end to end of the city and burbs in his Oldsmobile Cutlass. We bought our first in Katimavik. A few years later Geoff sold that house for us and helped us move into a larger home. And on and on until we had completed 6 buy or sell transactions with Geoff.

We have moved to Pittsburgh, Seattle and Charlotte NC since and have relied on Geoff and Bobbie to find us a good ReMax agent in each of those cities. I have referred my sister and friends to Geoff over the years and would not hesitate to recommend him again. He is honest and one of the hardest working people I know. And when he is not working he is a scratch golfer, bass player in a rock band, a pilot and a husband and father.

But if you play golf with him be prepared for a long game because he carries two phones and a pager.