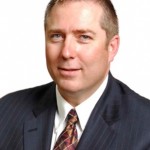 Simon and his crew made selling my house as easy as possible. I would definitely recommend him to others and use him again.

Simon is the consummate professional in every aspect. He has a lot of patience, is very knowledgeable, and every step of our transaction was handled with nothing but professionalism and class. Everything about our very short closing date went very smoothly, and without Simon and his team, we wouldn't have been able to remove our conditions so quickly. We will definitely use Simon for our future real estate transactions!

Simon has an indepth knowledge of the market, asks and listens to the things that are important to a selling and buying homeowner, and marrys the two in a way that shows his commitment to you. The detail in which he, and his team looked after me(return client) never ceased to surprise me! You would be remiss in not seeking out his expertise and care when it comes to one of the biggest purchases/sales you'll ever have!!

We struck a deal on a home for my son and daughter-in-law, with Simon as our realtor. When we were in the inspection stage, the owner of the house kicked out the inspector and said he decided not to sell and said he would not reimburse our inspection fee. ($500). After looking at quite a few houses, we new this was the house we wanted. Simon suggested we not walk away and fight for the house. The owner continued to drag out the process hoping we would walk away.(We found out that he had done this with 2 other buyers) With a baby on the way, we were not going to find another house in time. The owner of the house said he was hiring a lawyer hoping to scare us off. Because Simon knew what he was doing and had the contract signed to be ironclad, we new we could not lose. With his advice, we proceeded to hire a litigation lawyer if needed. With the time that had passed, an equivalent house would have cost us another $20,000, plus all the labor Simon has put into this. We went back to the owner with an option of paying us $50,000 for having to pay more for another house plus all real estate fees to walk away, or sell the home.
After the owner consulted with his real estate lawyer, he decided to sell the house without any more interruptions or delays.
I have bought and sold a few houses in my years and have had different realtors. I can honestly say that if we would not have had Simon in our corner, we would probably have been told to cut our loses and move on.
Simon is probably by far the best realtor I have ever come across, and every time someone asks me if they know a good realtor. I give them Simon's number.

Put the cell phone away when showing a house. Otherwise the best real estate agent I have ever dealt with.