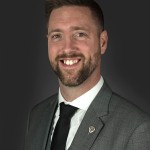 Reviewed on Sep 2, 2015 by Randy MacDonald and Angela Gamboa

Shane was insightful and extremely knowledgeable about Edmonton Real Estate. He was an active listener and always provided answers to any questions. My wife and I were never rushed or put under any pressure during showings. It was a pleasure working with Shane, his professionalism, and steady approach to all questions and problems was exceptional. Always upbeat, friendly and interested in our search, Shane was the perfect broker. Cheers and thanks

This was the second property we listed with Shane Parent of the Platinum Team. He successfully marketed both properties to our satisfaction, resulting in timely sales, and fair market prices. We will use his services again.

Reviewed on Sep 2, 2015 by Kelly and Crystal Stiles

My husband and I were in the market to purchase an income property and found Shane Parent when requesting information about a listing on the MLS. We were pleasantly surprised when Shane was eager to meet us at the listing he had advertised and had a handful of other viewings lined up that seemed to fit our criteria. Not only was Shane ready to help us find the perfect property that fit us he made sure that the price was on target. After about a dozen viewings we found a great property and Shane was more than incredible to say the least in helping us negotiate a remarkable price. My husband and I really enjoyed working with Shane as he brought lots to the table and made us feel comfortable with his fun personality and high level of professionalism. We would work with Shane again and recommend his team to anyone. Thank you Platinum Team!

Reviewed on Sep 2, 2015 by Christopher and Beth Nayet

We wanted to make some changes so we could have financial freedom in the future. We set some goals, and while we were checking into buying homes for investment purposes, we met Shane Parent at an Open House. He made us feel comfortable, he was open and informative. Shane assisted us in meeting our goals and everything ran really smooth. We feel good about the two properties we purchased in today's market.

After twenty two years of marriage, I found myself needing a great divorce lawyer, and an equally great realtor. A good friend said he'd get me a realtor, and a little while later, I got a call from Shane Parent. He explained how he got my phone number, and we chatted for a bit, so he could get an idea as to what I was looking for. I was not yet ready to look at houses, but he set me up with an automated e-mail notification, so I was able to start getting an idea as to what was out there. I had not lived in Edmonton before, so I also needed to find out about the different neighbourhoods, which he patiently helped me with. Over the course of the four months we worked together, I changed what type of house I wanted to buy a couple of times, and each time Shane adjusted his search for me, so I kept getting daily e-mails as to houses that would work for me. At times I would get discouraged, but then I'd get new e-mail notification, and I was able to focus on what I needed: a home for my daughter, myself and our two dogs. When it came time to start looking at houses, Shane was awesome. He patiently drove my daughter and myself around Edmonton looking at different properties in several different neighbourhoods, and explained what each area had to offer. He pointed out some of the "guy" things in the houses that I was considering, such as electrical panels, foundations and pipes, where I was looking at the kitchen cupboards, closets and ensuites! This was one of the most stressful times in my life, and Shane brought sensitivity and a great sense of humor to my situation. He was so patient with me, and I felt very at ease with him. Before too long, I was under amazing pressure to buy a home and get out of the marital home very quickly, so Shane, my daughter and I headed out with one goal: to buy my home, one that I could move into quickly. It seemed that there were so many things working against me, but Shane was very up beat, and confident that I would do it. He showed me a property that I'd not checked out on line, and it was perfect!! We looked at several other houses that day that I thought would work, but none of them did. The first house that I looked at that day is now my beautiful home. It was vacant, so I was able to take possesion in three weeks, which was what I needed. It is everything I was looking for in a home, I am so happy here. I had bought several houses in the past, but always with my then husband. Being a first time home buyer was rather daunting, but he explained everything to me, and never once made me feel that I was asking a stupid questions. Shane was there for the home inspection, and once again he displayed great patience and honest concern for me. He wanted to make sure that I got the best deal, and I did. I would confidently recommend Shane and his Platinum Team to anyone buying or selling.