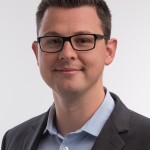 Jason changed my view on Realtors. He was straight forward honest, and real.
I had planned on selling privately in the beginning and luckily the buyer backed out due to family troubles. My wife and I decided to use a realtor and chose Jason because we liked the Facebook videos.
The house went up the next week and my wife and I sat back while he took care of everything, he even found a landscaper to come tidy the yard for us!
The house was shown on one day and we had multiple offers. Some for way over the asking price!
Jason then drove 50km on a Saturday to where we were camping to look over the offers.
Even after the first home inspection turned up a bunch of problems, he handled everything for me. Including finding a contractor and meeting them to show them the work to be done.
The house is now sold for 26k above the asking price. And WAY above the price I almost sold it privately for!

I will forever recommend Jason and his team. I had no idea selling a house would be so easy and stress free! The E-signing feature he uses is amazing!

Jason was very familiar with the area I'm moving to and aware of what was available in my price range. He also understand the current market conditions in north Nanaimo where my (now sold) property is. He did a great job of explaining the way he and his team work to generate interest in your home and steps involved in preparing the home for sale. The house sold quickly and significantly above our asking price. He and team member Jacky Prevost were very helpful in negotiations and reviewing the offers that came in for the house as well as structuring my offer for my new home. Working with the SIMS Real Estate Group was a very good experience and I recommend them highly.

Jason was very helpful. He quickly figured out the type of property we were looking for and showed us appropriate properties. He responded quickly to our requests for information and was very accommodating to our schedule when arranging viewings. When it came to offers, Jason quickly assembled all the pertinent information so we could make an informed decision and an appropriate bid. My wife and I were pleased with our experience working with Jason and his team.

Well done Jason , we will certainly use you again and recommend you to all our friends and family .

Jason and his team were very professional while also being very personable. They moved very quickly to get the listing up, their team of professionals were here to take pictures, and do a video and a stager also came to make sure the home was at its best. They asked me for 1 day to sell my house and they did sell my house in one day. I was very happy with the outcome. I would use them again and highly recommend them.