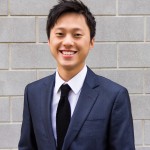 I honestly can say Nick was outstanding in representing us and our property as seller's agent. He worked hard and paid attention to every detail when it came to listing our property. He was able to get us over asking price and sold our condo after just one weekend showing. We were very impressed with his honesty and diligence. He was super helpful with the entire process from beginning to end and would get back to me right away by phone or email even if I had the most insignificant question or concern.

Nick is a remarkable agent. He is very responsive, professional and patient. He brings great perspectives to the table when making decisions to buy/sell properties and supports his views with thorough research performed upfront. He is proactive and well connected which has given us the opportunity to take advantage of really good deals. At the same time Nick is flexible and open to hear our requirements and needs, and brings . I would absolutely recommend him as an agent for buy/sell in the Greater Vancouver Area. He is very knowledgeable in the condo, detached homes and townhouse markets.

Nick Chen is a great helper to my family. He is well-organized and has great work ethics!

Nick has helped me a lot since the purchase of my first property, since then he has been giving me good advice, update on market trend. He is very responsive to inquiries and very considerate in comprehending individual needs. He never pushed client into decision. I have seen him turning from a fresh graduate into a good professional in real estate business. He is a pleasant person to communicate and work with. I believe his knowledgable in market and accumulating experience will help more people find their ideal home.

Having attended the same high school as Nick, I was cautious not to make a common mistake in selecting real estate agents: choosing someone who isn’t familiar with your needs and/or neighborhood, simply because “he is your friend/relative/someone you heard about that gives rebates.” Since my family decided to sell the condo in Kerrisdale in late 2015, I had conducted multiple formal and informal meetings with various realtors (in person, email, phone calls). Even at that stage, Nick showed unparalleled knowledge of the Kerrisdale condo market. I reached out and Nick had provided a detailed comparables report and how that affects my listing price in June, September, and November 2016 (when I decided to list the property through him).

For those reading this review in the future, you may or may not remember 2016 was a crazy year for Greater Vancouver real estate. The “fear of missing out” sentiment took a turn when BC government announced various housing deterrents like the foreign buyers tax. The price range of my property were not affected, but gone were the days of bidding wars and subject-free offers. From this point on, I believed realtors will have to work harder and be more strategic, and homeowners more realistic in pricing and more patient.

During the listing appointment in November 2016, Nick understood how much we wanted to net from the proceeds, and we were strategic in the listing price. With laser-measured 3D floor plans, beautiful staging, and proper printed materials, I believe he did what was required to sell this property in a market where buyers were taking a “wait and see” approach.

Another unit was listed for sale a few weeks before mine in the same building, and in my opinion, not properly listed. There were very few people in the first weekend open house, and I was afraid that would happen to my open house as well. However, Nick’s first two open houses on Saturday and Sunday were phenomenal, with more than 40 groups coming by. We received the first offer very close to listing price on Monday (which unfortunately fell through). Nick was quick to find a second offer and we ultimately closed on the third offer, all in 2 weeks. No homeowners want to sit on their property, and it was a testament to how proper marketing can speed up the sales process. Throughout the process, Nick communicated well and often, and responded to texts very fast.

My family and I agree that Nick provided excellent service and we were very pleased with the process and result. We would highly recommend Nick Chen as a listing agent in the lower mainland.