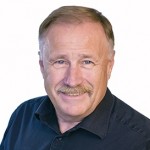 Recent: Brentwood Bay
Bill Tozer was a fantastic agent to work with throughout the process of buying my first home: a daunting task in the Victoria real estate market. Bill was easy to chat and plan with, and was very knowledgeable about the process and about the local markets. Despite having less experience working with purchasing a condo, Bill was able to prepare very well to advise me on the nuances of buying into strata property. Communication with Bill was very prompt. He would either reply within a few minutes, or give you a notice about why he couldn't reply and when he would get back to you. He was also very good at keeping focus on what events were coming up next so that there was never any surprise as important dates were coming up with the purchase. I would highly recommend working with Bill Tozer to any first time homebuyer! I look forward to working with him again in a few years.

Thank you Ryan for the great review. It was fun working with you. I loved the way you attacked the entire process and made quick and sound decisions after weighing all the relevant data! Congratulations on your purchase! Looking forward to handing you the keys next week! Cheers

Bill was an outstanding agent. He was extremely patient with me, particularly regarding electronic aspects of our relationship. Although I had a cell phone I seldom used it and had trouble getting to it and answering it in a timely fashion. On-line signatures and transfers were totally unknown to me and I was patiently walked through these tasks.

Bill had at-hand the names of reliable home inspectors and lawyers and was most helpful with those suggestions.

When I contacted Bill I had already made up my mind about the townhouse I eventually bought. He commented that there were other properties, but I insisted that nothing else would do, so he really didn't have to provide me with details about the area or development. My mind was made up.

When it came to pricing the townhouse I was selling. Bill recommended a price that was lower than I wanted as prices were beginning to fall from their recent highest rates. I had a bottom line price in mind and insisted on my price so that there was some negotiating room. Bill reluctantly agreed. In the end, I got my bottom line price and the price I had insisted upon was used to negotiate the sale price down.

Lucille - Thank you so much for trusting me with the sale of your townhouse and the purchase of your new home! It was a delight working with you and by the way you are a champ at learning all the new electronic gadgets. I'm especially appreciative of your commitment to act and follow through on all the suggestions and "to do lists" I gave you! Your organization and "lets get it done" attitude made the whole process easy and smooth. It was great that we were able to negotiate hard to get the dates to line up so perfectly on the sale and purchase!

Recent: Dean Park, North Saanich
As part of my "due diligence" for the sale of my house, I invited a number of Realtors to propose a plan to sell my house. The plan put forward by Bill Tozer and his colleague Darrell Jolly was by far the best, so I selected this team to market and sell my house. They did an outstanding job! Bill prepared brochures on the house which were very smart, and upon review, i thought to myself that this was a house I might want to buy (except that I wasn't in the market to buy!). The Tozer/Jolly team prepared a comprehensive marketing plan and gave me outstanding advise about a sensible price point for the property. Once the house was listed, they embarked on an aggressive program of open-houses to give the house maximum exposure. The marketing plan resulted in an offer within the first week on the market, but it was subject to selling the offerer's own house first. They gave me excellent advice during the offer/counter-offer process which would have resulted in a good outcome, except that the first offer withdrew because they couldn't sell their property within the agreed timeframe. However, even before the house was listed, another person expressed interest after a couple of viewings, but did not go forward with an offer when the first offer came in. Notwithstanding, as soon as the first offer collapsed, this other party made an unconditional offer and the Tozer/Jolly team guided me through a further offer/counter-offer process which resulted in a deal. During this interim period preceding the second offer, the Tozer/Jolly kept in touch with the Realtor for the second party and were ready to move forward immediately positive interest was expressed. I couldn't have asked for a better team from Remax/Camosun or any other Real Estate company. I would have no hesitation to recommend Bill Tozer and Darrell Jolly as well as the Remax/Camosun brand. This was a job well done which resulted in quick and satisfactory deal that proceeded to "closing" in excellent time, much quicker than other similar properties on the market in similar neighbourhoods.

Eion - I wish there was a Rank My Client application because I could give you a ten star rating! It isn't very often that the buyer's REALTOR® contacts me to express their appreciation to the seller for all the effort, cooperation, and action to make the entire deal go so smoothly. Moreover, the buyers also expressed their appreciation for the attention to detail and commitment to the care and attention to detail evident in the meticulous maintenance records on the house over the years. This gave them great confidence and made selling the house smooth and easy. Thank you again for trusting me with the sale of your long time home!