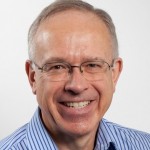 Selling an acreage usually takes longer than a house in the city. We first listed with Rob and part way through the listing Rob called us and told us to take the property off the market!

Here’s what happened; At that time our plan was to move to another acreage a bit closer to Calgary. Being closer was required due to company policies for a job promotion. It was during a time when the economy was in an upswing. Rob explained that prices were improving from Calgary and moving outwards towards our location. He explained that the issue for us was that the acreages closer to the city that we planned to move to had jumped in price by $100,000 and more whereas our property’s price was still flat since it was further from the city..

We knew what our property was worth because of Rob’s detailed comprehensive evaluation. He said that, from his experience, if we sold right then that we would loose over $100k+ compared to what it would sell for in a few months. He suggested taking our home off the market for a few months. We withdrew the listing for a week to decide and Rob had two realtors say that they would write offers for our property sight unseen during that week! We took his advice and terminated the listing.

As life would have it plans changed. We ended up staying where we were and built a new house on the property. We did eventually move and this time Rob sold it and for only about 3% off of the list price which is quite good for an acreage. Of course with the new home built the sales price was considerably more than it would have been before. Now for the hunt! A new home in a new town, we were off to Olds.

Now buying is different. When you look at several homes balancing the pro & cons and pluses and minuses can be a daunting task. Rob was great, he was on our side! If we had any interest at all in a home Rob let us know from his experience what the problems and pitfalls were with each home. We always felt that he had our interests ahead of his own.

Rob’s experience is invaluable when it comes to crafting a purchase agreement and negotiating. We found our new home in just a few days. Even though Rob had not sold a home in Olds he researched the market to give us direction in making our decision. With Rob’s guidance we negotiated a price that turned out to be even less that what the bank appraised it for. That doesn’t happen very often!

What more is there to say? Smart unbiased advise, a great price when we sold and when we purchased too. There really isn’t more that we could have asked for.. While there were some tense moments Rob saw us through them. From here on Rob is our realtor. He has earned our trust, confidence loyalty and referrals.
www.calgaryhomepros.com

Did you get the home value you desired from this transaction?
Yes