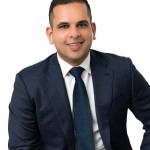 Nick Sarai helped us buy and sell in June, 2018
5
out of 5
We had dream. Nick Sarai made that dream come true. What began with a knock on our door ended with us moving into our dream home. He accomplished this with an incredible work ethic, seasoned professionalism, genuine passion and, especially, creative thinking. This was during a period described by Toronto Life Magazine as "the city's housing market cooling off for the first time in a decade". Time after time, we were inclined to give up on our dream, and look for a less desirable alternative. But Nick constantly impressed us with his ability to keep our dream alive and, practically at the eleventh hour, he made it come true. It is now seven weeks after the fact, and we are still pinching ourselves, still amazed that everything came together, even beyond what we had imagined and hoped for. During this struggle, Nick became "family" to us. He is that kind of human being. He clearly loves the work that he does. We cannot recommend this gentle man highly enough. David & Rose Founding Member of April Wine Bolton, ON