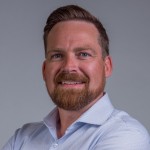 Honestly, Justin was probably better than we ever could have hoped for. We actually know a few realtors personally but went with Justin because a) we weren't sure if the personal relationship would hinder the process and b) based on a very strong recommendation from a trusted friend who thought Justin would be a great fit.

Wow, were we ever glad we chose Justin. We were looking for a house during Covid which wasn't ideal to begin with but he was there every step of the way and came fully prepared with masks and gloves for every visit. He was extremely knowledgeable about every neighbourhood we were interested in and, once he got an idea of what we were looking for, was great at finding us new options.

The best thing about Justin professionally was the number of times when we would be looking at places and he would be pointing out all these really obscure details (good and bad) in the places and making us aware of the what they would entail if we purchased. He said it was from going on so many inspections with clients that he sort of has a sixth sense now for all the common pitfalls. It was so valuable to have that kind of experience when navigating the market as people with no idea what they were doing. I used to wonder the value of realtors until Justin and now I know exactly why great ones are worth more than every penny.

On top of being amazing professionally, Justin was just so great personally and really seemed to genuinely care about getting us into exactly the place we wanted. Even after we were in the final stages of possession he would text and check in to see how it was going and even checked in after we moved in to see if we were enjoying the place. He really is the best. So much fun and the nicest guy.

If it seems like I'm just pumping tires it's because I was just so impressed with working with Justin and I honestly can't think of anything negative. I'm not the easiest guy to impress either so it really speaks to his acumen. I'd happily recommend Justin to anyone that would listen. I kinda wanna go buy another house just to do it all over again...but I'm poor for the next 30 years so I'll have to wait till the lottery pays off I guess.

Did you get the home value you desired from this transaction?
Yes