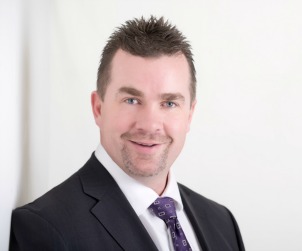 As an award-winning, qualified Real Estate Professional and team leader of the Bryce Hansen Team, I understand what it takes to buy or sell homes in today’s economy. Whether you are a first time home buyer or an experienced investor, each Real Estate transaction can have its own set of unique challenges. I have taken the time to provide you with as many resources and tools as possible to help make the home buying experience as easy as possible.

Bryce is also an avid hockey coach in his community and a supporter of the Children's Miracle Network Hospitals.

Bryce is very know knowledgeable and approachable. He seemed to to go above beyond every time we had a question about our purchase. We would use Bryce again if we were to purchase another property.... Read more
LW

I worked with Bryce Hansen and his team when I moved to the Comox valley and purchased my condo and when I sold my condo a few years later. I am a military member and they were able to accommodate short timelines, busy schedules, time zone differences, and more. For everyone, and especially for military members, I very highly recommend Bryce and his team for buying or selling your home.... Read more
RM

Comox Valley's top agent by a long shot. I have used many other agents over the years and I was told to use Bryce Hansen by many people. I used Bryce to list my house and he was bang on with his market evaluation, and his exceptional marketing plan and attention to the fine details helped me sell for the maximum amount of money. Bryce has an easy approach and get's the job done. I used Bryce to he... Read more
Only Premium agents have a public list of all reviews.